Thanks to a new bill, called the “Graduation Legacy for the Environment Act,” Philippino students are will soon be required, by law, to plant ten trees before they can graduate from elementary school, high school and college. “Proponents of the law see this as an opportunity for the Filipino youth to help tackle climate change and build a greener environment for their generation.” Learn more about the new law.

Scientists say a bald cypress tree in North Carolina wetlands is estimated to be at least 2,624 years old. It lives in a stand of ancient bald cypress trees where are over 2,000 years old in the forested wetlands of North Carolina. As for the oldest known living tree in all of North America, that honor goes to a bristlecone pine tree in California. Read more about these ancient trees.

A study has found that silver birch, elder and yew win out in an experiment to see which species best capture the tiny particles produced from diesel pollution. “Hairs on leaves are great. Irregular surfaces are great. Anything spiky on the leaves seems to capture a lot of particles,” says Barbara Maher, researcher at Lancaster University in the United Kingdom. The research is being contested, however, by other scientists. “The situation is a little more complex that [the authors] present,” says Andrey Khlystov, an analytical chemist at the Desert Research Institute. “My personal opinion is that trees are better than nothing, but what is needed is for tree type and the situation to be carefully considered.” Keep reading for more info about the study. 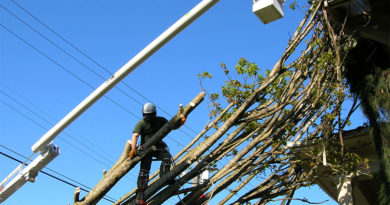